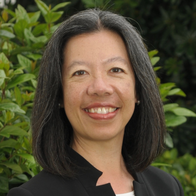 ​Angela Woo is Director of Instrumental Music at John Adams Middle School in Santa Monica, California where nearly 300 students comprise three concert bands and three string orchestras.  The John Adams ensembles have consistently earned the highest possible ratings at performance festivals.  In 2011, the John Adams Middle School Wind Ensemble was selected to perform at the inaugural California All-State Music Education Conference as the only middle school concert band in the state to be so honored.

For over 25 years, Ms. Woo has enjoyed an active schedule as a guest conductor, clinician, and adjudicator with numerous honor groups, conducting symposia, and music festivals throughout the United States and internationally.  Angela Woo was the first woman to conduct at the 1992 XIV New Music Forum in Mexico City; she premiered the music of Karel Husa, Vincent Persichetti, George Crumb and William Schuman.  In 2018, Ms. Woo was guest conductor at the State Honours Ensemble Program at the Queensland Conservatorium (Griffith University) in Brisbane, Australia.  At the national level, Ms. Woo has been invited by several universities to lead professional development workshops for music educators at the elementary and secondary levels.  Her guest conducting invitations have included All-State honor bands and orchestras at the middle school and high school levels in Kentucky, Oregon, Michigan, Colorado, California, and Georgia.  Ms. Woo was invited to join the WorldStrides Honors Performance Series to conduct the 2019 Middle School Orchestra, the 2020 High School Symphony Orchestra, and the 2022 Middle School Orchestra in Carnegie Hall (New York).

An alumna of the University of California, Los Angeles, Ms. Woo holds the degrees Bachelor of Arts in Music Education and Piano Performance, Master of Education, and Master of Fine Arts in Conducting.  She also holds the Master of Arts in Educational Administration from California State University, Northridge.  Prior to her appointment to John Adams Middle School in 1995, Ms. Woo was Director of Music at Corona del Mar High School in Orange County, California where she led the band, orchestra, choral, and jazz ensembles.  She also served as conductor of the Santa Monica College Wind Ensemble during the 1995-96 season.

Ms. Woo is a staunch advocate for music education at all levels.  She has been recognized and honored as the 2005 Santa Monica-Malibu District Teacher of the Year by the Santa Monica Rotary Club.  In 2012, the John Philip Sousa National Foundation awarded Ms. Woo the Legion of Honor Laureate, honoring band directors with outstanding music programs.  In 2019, the Education Through Music - Los Angeles Foundation presented Ms. Woo with its Shining Star Award which recognizes excellence in music education.  Most recently in 2020, the Southern California School Band and Orchestra Association honored Ms. Woo with its Gold Award in recognition of her long-time service to music education. 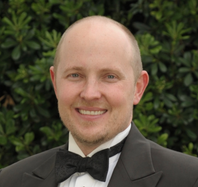 Sean Garnreiter is Assistant Director of Instrumental Music and Chair of the Department of Visual and Performing Arts at John Adams Middle School where he has been on staff since 2011. He is also Director of the JAMS Jazz Band.  Mr. Garnreiter earned his Bachelor of Arts in Music Education from UCLA where he was Drum Major of the UCLA Bruin Marching Band.  He recently earned his Masters in Music Education from Central Washington University.  He is a former member of the Pacific Crest and Santa Clara Vanguard Drum and Bugle Corps, and has been a staff member with the UCLA Bruin Marching Band as a brass, woodwind, and marching clinician.

After student teaching at JAMS in 2008, Mr. Garnreiter served as an music teacher at four different elementary schools with the Los Angeles Unified School District.  He also founded an instrumental music program at a middle school in South Central Los Angeles.  After teaching in the LAUSD for three years, Mr. Garnreiter returned to JAMS as an Instructional Assistant and faculty member with the instrumental music program.

Mr. Garnreiter is recognized by the Santa Monica Junior Chamber of Commerce as 2017 Outstanding Young Teacher of the Year.  This annual award is presented by the Santa Monica Jaycees to acknowledge the work of young professionals who are dedicated to leadership and development, and create positive change in our community. 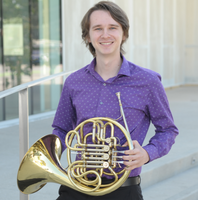 Duncan Smith is Instructional Assistant of Instrumental Music at John Adams Middle School. Born and raised in Santa Monica, he is now a freelance composer and French horn player. He recently graduated from UCLA, where he received a Bachelor of Arts in Music Composition and a Bachelor of Music in French horn performance. Upon graduation, Mr. Smith was the recipient of a UCLA Dean’s Medal for achievement in Music Composition. He was recognized in this way mostly because of his self-produced musical theater piece A Dream at the End of Time. Originally slated for production in the Hollywood Film festival but canceled due to the COVID-19 Pandemic, Mr. Smith took it upon himself to self-produce a virtual performance of the musical theater piece featuring several Broadway singers.

Through UCLA, Mr. Smith had numerous unique performance opportunities, including being 1 of 25 student musicians selected to be a part of Gustavo Dudamel’s production of Bernstein’s MASS with the LA Phil. He has played French horn in masterclasses led by Cristopher Gough, Julie Landsman, and Michael Thornton. He was also a member of the Gluck Fellowship, an outreach program that helps bring chamber music to locations like libraries and public schools. He is now a freelance French horn player, and occasionally performs with the American Youth Symphony.